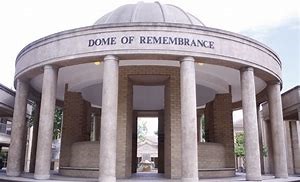 During my tenure as the Deputy Register at the then Peninsula Technikon (now called Cape Peninsula University of Technology), it was the horror of the murder or rape of a student, that constituted the ultimate campus crime. Both crimes had a common effect and impact of putting to an end, the academic careers and aspirations of students. The institutions invested in making the campus safe and crime-free.

Whether by incident (as in the case of drowning) or by commission perpetrated by a fellow student on another – the incidences always had a lasting impact on the campus community and the families of the deceased or raped students.

What was soothing and healing, was that the then Rector, Prof Brian Figaji hosted a memorial ceremony every year in August to remember staff and students who had passed away in the past year – and their names were engraved in the Dome of Remembrance Monument at the epicenter of the picturesque and pristine Bellville campus.

Except for those who died of natural courses, the annual memorial services were held as an opportunity not only to pay homage to those who had passed away, but most importantly for the community to reflect on its complicity and moral responsibility to pledge its commitment to prevent future deaths or rape on campus.

Sadly, the Dome of Remembrance and the memorial services that gave its meaning has lost its practice and significance at the new Cape Peninsula University of Technology and replaced by a new culture of lawlessness and rampant campus crimes including arson, public drinking, assaults, rape and murder. Many staff and students do not feel safe at campus – where there is no effective access control, exposing the community to all sorts of criminal risks.

In this environment of lawlessness and no rule of law, it is the women students who are mostly vulnerable and at high a risk of being violated. For those who experience rape, sexual assault, dating violence, domestic violence, and stalking, the effects can be debilitating and damaging. Any form of gender-based violence has an adverse effect of disrupting the education and social lives of the victims. These experiences often result in lower grades, dropped classes, or withdrawal from the institution.

Lack of accountability and consequence – both on the side of the institutions and perpetrators of campus crimes – is one of the reasons for the increase in campus crimes in colleges and universities. Institutions must be compelled by law to report publicly on their campus crime statistics – especially violent crimes like rape and murder.

It was because of the rape and murder of Jeanne Clery at Stoughton Hall at Lehigh University in Bethlehem, Pennsylvania in 1986, that the Jeanne Clery Disclosure of Campus Security Policy and Campus Crime Statistics Act in 1990 in the United States of America.

Through this Act, colleges and universities are required by law to publish their Annual Campus Security Report to current and prospective students and employees. Penalties are levied against institutions that fail to comply with mandatory reporting on their campus statistics.

Statistics on campus crimes will not only jerk up our memories of the lurking danger spots at our campuses of choice but will spur these institutions to take up responsibility and be held accountable for the prevalence of campus crimes.

For CPUT, the Dome of Remembrance Monument must be re-enacted to its former purpose of remembering the sanctity of the lives of staff and students. The Campus Safety Support Services has declared August every year as the Campus Safety Awareness Month, during which the campus communities must remember victims of campus crimes and host educational programs and campaigns to combat campus crimes.

ABOUT US
Student Times, The Pulse of the Community is an online publication targeted at the empowerment of student communities with reliable information that will provide them the competitive edge to make informed decisions and choices on their life journey as students.
Contact us: info@student-times.co.za
FOLLOW US
© 2016 Student Times. All rights reserved
MORE STORIES

Minister Zulu launched a centre for Entrepreneurship in Welkom